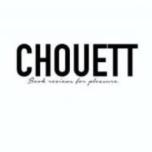 Want to tag along and learn a little more about crime novelist Neil White?!!!  Well, I will put my hand up and admit that I am yet to read him so don’t worry you’re not alone if you have not. One good thing however is that I got the opportunity to ask him a few questions about his life as a young man, him discovering the law and how he ended up writing about it and I will gladly share it all with you.

My name is Neil White. I’m a criminal lawyer and I’m a crime writer. During the day, I’m in the courtroom, and in the evening I write crime fiction.
I’ve been a writer for nine years, something I started around twelve years before eventually landing a deal, the fulfillment of an ambition.

I was brought up in Wakefield in West Yorkshire before moving to the Yorkshire coast, to Bridlington, where I failed my exams and spent too many years loafing around. It was Thatcher’s eighties and one interpretation is that jobs were hard to find. If I’m honest, the reality is that I never really looked, preferring to sit around playing records and riding my Vespa.

The excitement of no excitement waned in my mid-twenties, so I returned to education, got a law degree and trained to be a lawyer, meeting my wife along the way. I’ve been a criminal lawyer for twenty years now, with three children adding to a busy life. Somewhere along the way, I decided I wanted to write.

2) What was the trigger that made you want to write about crime? A particular case maybe?

I’ve always been a big reader of crime, and a big fan of crime TV shows and films, so it was an obvious choice to want to write crime, once I’d decided I wanted to write. In fact, it was my interest in crime that led me to being a criminal lawyer. When I was studying for my degree, I imagined myself in a courtroom or a police station, not drafting contracts or completing house purchases. I was struck by the excitement, the mix of grit and glamour.

The seed was sown about writing when I first left home. I moved into a small bedsit and the previous tenant left behind a typewriter. I remember typing things out, just random thoughts, and I recall the thrill at seeing those words on paper, where they seemed to come alive, rather than just living in my head. That seed grew and grew, until eventually in 1994 I headed to a shop when on holiday and bought and pen and paper. From that moment, I was a writer.

3) What would you say to someone who has never read crime novels before?

One thing I like about crime novels is that they provide resolution. There are many stories that are often just a slice from a character’s life, and their lives go on beyond the book, and the story can be about nothing more than how an event affected them. Things don’t have to be wrapped up. The effect is the story.

Crime is different to that, because generally a crime novel poses a question, a mystery, and seeks to provide an answer. The characters move on, are affected by the event, the crime, but they move on only when the crime has been resolved; the villain captured, the wrongly-accused set free. So crime novels provide a sense of satisfaction, and hopefully a thrill or two along the way.

Authenticity is a reason, I suppose. I write crime, I work in crime, and I try to bring my job into my writing. I don’t use real cases from my day job, but there is no doubt that I pick things up along the way. An aside, a turn of phrase, a characteristic of a criminal or police officer, the day to day life in a courtroom.

Another is that my starting point is always that I aim to write a book I would want to read, and I like books that grip from the first page, where the hours pass and suddenly I find myself half-way through and all I want to do is keep turning the page. I hope I do that. I won’t change anyone’s life, but I hope to bring a few hours of pleasure at least.
So far, there have been two series. My first five books involved a crime reporter and a detective, Jack Garret and Laura McGanity, followed by a stand-alone book, Beyond Evil. My last three have centred around two brothers, the Parker brothers, Joe and Sam, one a defence lawyer, the other a detective. The second in the trilogy, The Death Collector, described by the Irish Independent as “pacy and packed with atmosphere”, is published in paperback on July 16th. The final book in the trilogy, The Domino Killer, is published in hardback on July 30th.
So give me a try. You never know.

5) What do you enjoy doing when you when you’re not in court or writing?

I read when I can, although the sad irony of being a writer is that it gives me less time to do the one thing that made me want to write, and that is read.

Apart from that, when not occupied by family and friends, I love a good film and a bottle of wine, sitting in the dark, headphones on, lost in the story. My other main passion is rugby league, and I follow Wakefield Trinity, which has brought more disappointment than celebration, but it’s been my team since my father first dragged me to a game when I was five and the ground was at the top of the street.

Firstly, I’m scared of rice pudding.
It started when I was four or five, and went to a pretty grim school. Whatever you didn’t finish, you were forced to stand at the front of the next sitting and finish it. I can remember crying and struggling to finish rice pudding, almost bringing it up. Now, the thought of the stuff makes me feel ill. I like rice, and I like milk. Together, it’s the work of the devil.I was once in Oldham police station with a client who had soiled himself, and had been given a paper suit. The smell of stale excrement was grim but bearable. When they brought in his lunch, it included rice pudding, which had me jabbing the emergency button, desperate to be let out.

Secondly, I love ice lollies, and ice pops, or any vaguely fruity frozen concoction. On family holidays, I always come back from a shopping trip with too many ice pops, so the last few days are spent trying to eat them all, unable to sleep through the e-numbers and chemicals.

Thirdly, I’ve just completed one of my bucket-list trips, where I travelled from Johnny Cash’s birthplace to his grave, stopping at places he sang about in-between. I’m not sure if it’s a fun fact, but I had a lot of fun doing it.

7) What is your biggest dream?

Any writing ambitions aside, such as television or film, one ambition I’ve always had is to watch rugby league in Australia. That’s my second bucket-list trip. One day, one day.
As for television or film, those are dreams but I don’t mind them staying that way. I’ve always felt privileged to be a published writer and I don’t want to look back with disappointment. If my books ever appear on a screen, fantastic. If they don’t, it doesn’t matter, because I’ve had a great time anyway.