If  anyone had told me that I would be interviewing Lisa Williamson on Chouett today, I would probably reply. “Yes in my dreams, probably”!! You see I bought “The Art of Being Normal” as a gift to myself last Xmas having absolutely no idea where the whole blogging adventure would take me. It’s as if I am coming full circle!! Life can be really amazing.

It is my honour to introduce you to Lisa today and share with you a little bit of herself. 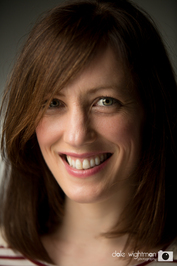 I was a writer before I was an actor. As a really little kid I loved drawing and making up stories and wanted to write and illustrate children’s books. Then I decided I wanted to be an actor and that sort of took over. I’d been acting for a while when I realised I was craving another creative outlet and started writing again. They’re both forms of storytelling, so although one profession is typically more solitary (the writing), and the other is more social, they both have a lot in common. I still act (mostly in TV commercials) but my heart lies with the writing.

The Art of Being Normal was inspired by the young people who visited the Gender Identity Development Service (an NHS service for under-18s struggling with their gender identity) when I was working there as an administrator between 2010 and 2012. I’d been writing something entirely different and it was only after a year of working at the service, it dawned on me I should perhaps try writing from the point of view of a transgender teenager. I was deeply moved by the session notes I typed up every day and felt putting a young person struggling with their gender identity (on top of all the usual other tricky stuff you have going on during adolescence) at the centre of a fictional story had the potential to move others in the same way. I knew I had something straightaway but it took me ages to come up with a good plot and put it all together.

David came first, very closely followed by Leo. For a while David was the sole narrator and Leo was a supporting character but Leo kept shouting to be heard so he was soon promoted to share narrative duties with David. It took me ages to work out how they would meet. For a while they went to entirely different schools and met under all kinds of bizarre circumstances.

I feel very proud of it. I worked hard to make it as authentic and real and sensitive as I could and so to hear it’s rung true, not only for trans readers, but for cis-gender readers too, is such a joy. I think the theme of self-discovery and working out where you fit in is such a powerful one and something we can all relate to. 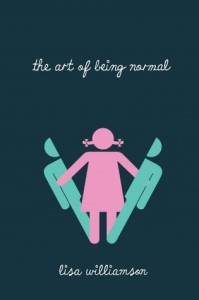 There are things I personally wouldn’t write about, but I think that’s more about preference, than feeling I’m not allowed to write about them. In YA fiction particularly, there are very few topics that haven’t been covered at least once. One thing I am passionate about is providing readers with a sense of hope. I love a bleak read every now and then, but as I naturally optimistic person, I can’t help but inject my books with hope and a bit of magic. That’s not to say I don’t put my characters through the mill first though – they have to work for that smidgen of hope!

I went on a writing course at City University way back in early 2010. It was the first time I’d shared my writing with strangers and it was just so exhilarating to be around other aspiring authors and to get positive feedback on my work. I remember coming home every Monday night on a complete high. I’ve done loads more writing courses since. In fact it was another course (this time at Curtis Brown Creative) that helped me figure out I was writing for young adults (light bulb moment!) and another (a weekend course on writing for children and young adults at Faber Academy) that cemented this decision and really focussed my writing. Courses are great basically!

Nancy Mitford. We’d drink cocktails and go dancing. I’m a bit obsessed with the Mitford sisters. It would lovely to have some of Nancy’s wit rub off on me.

Disney World with all my best mates.

Thank you so much Lisa, it has been a real pleasure!!