Hello everyone and welcome to my stop for “The Goldfish Boy” tour.

We have all read a book, thought of the characters and even imagined them with precision with eyes closed, but what if your favourite book could be turned into a movie, who would you choose to play the characters you love? Well, here Lisa let’s us in on her dream team.

The Goldfish Boy –  The Movie

I think all writers must fantasize about seeing their work performed on the stage or screen so it has been a real joy thinking of actors who could play characters from The Goldfish Boy! Here is my dream team…

Okay so I’m stretching the age-believability a bit here but I was very fortunate to see Harry Potter and The Cursed Child on stage recently and Sam Clemment was playing Albus Potter.  I instantly thought, now he would be a brilliant Matthew.

My daughter watches the CBBC series Millie Inbetween and I spotted the actress Mya-Lecia Naylor.  I think she’d portray Melody as the confident, big hearted girl that she is, but with an edge of sadness.

Lewis MacDougall debuted in the film Pan and recently played Connor in the film version of the Patrick Ness book A Monster Calls.  He’d be a brilliant, edgy Jake but with an air of vulnerability.

Charles Dance is Mr Charles! I think he’d play the fed-up grandfather with an air of superiority and underlying maliciousness.

Old Nina is a secretive character and Matthew is puzzled by her behaviour and by the mysterious lamp that is always lit in her window.    The character doesn’t have a great deal of dialogue but when she does talk her words really count.  Julie Walter would be amazing in this role. 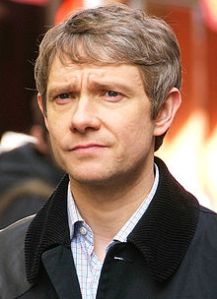 Matthew’s parents are struggling to cope with his anxieties and can come across as angry, yet it’s always obvious they both have a deep love for their son.  I think Sarah Lancashire would make a brilliant Sheila bringing humour and a huge strength to the role and Martin Freeman would make a wonderful loving-yet-stressed father. 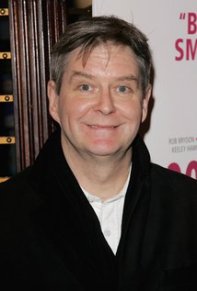 I’m a huge Emma Thompson fan and think she’d be superb Penny, a character who is utterly convinced that she is right about everything.  James Fleet would make a marvellous Gordon – a man who worships his wife but is completely under her thumb.

Lisa Thompson worked as a radio broadcast assistant first at the BBC and then for an independent production company making plays and comedy programmes. During this time she got to make tea for lots of famous people. She grew up in Essex and now lives in Suffolk with her family. The Goldfish Boy is her debut novel.

You can pic up a copy of “The Goldfish Boy” in any of your favorite book stores!!