I thought it would be a nice idea to carry on with my recently started poetry journey by making a stop in Malta. I know there are so many more wonderful other things to see such as its festivals, food and beautiful architecture, but when I went on my virtual tour I made a stop by a Maltese literature page and was drawn to the poetry section. A very famous piece of poetry called “The Cantilena” by Pietru Caxaro happens to be one of the oldest pieces of Maltese literatures known the archipelago and took a rather interesting journey to make itself known to the Maltase people.
“The Cantilena” apparently dates back to the 1400s but was only discovered in the 1960s and here’s the English

Translation I looked up in Wikipedia

Witness my predicament, my friends (neighbours), as I shall relate it to you: 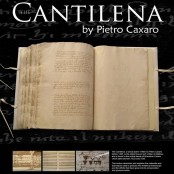 never has there been, neither in the past, nor in your lifetime,
A [similar] heart, ungoverned, without lord or king (sultan),
That threw me down a well, with broken stairs
Where, yearning to drown, I descend the steps of my downfall,
Climb back up, only to go down again in this sea of woe.

It (she) fell, my edifice, [that] which I had been building for so long,
It was not the builders’ fault, but (of) the soft clay (that lay beneath);
Where I had hoped to find rock, I found loose clay
It (she) fell, my building!

It (she) fell, my building, its foundations collapsed;
It was not the builders’ fault, but the rock gave way,
Where I had hoped to find rock, I found loose clay
It (she) fell, my edifice, (that) which I had been building for so long,
And so, my edifice subsided, and I shall have to build it up again,
change the site that caused its downfall
Who changes his place, changes his fate!
for each (piece of land) has its own shape (features);
there is white land and there is black land, and red
But above all, you must stay clear of it.